Plastic may be inexpensive and convenient, but these birds are paying a very high price 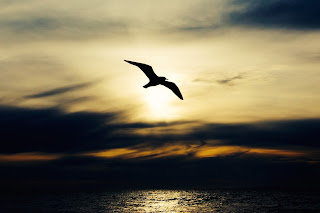 Plastic. We know it’s bad for the environment, yet we use it every day. Sometimes the alternatives are unaffordable or nonexistent; it can be virtually impossible to buy some products without getting at least a bit of plastic. While durable goods, such as furniture and auto parts, contribute their share to the burden of the planet, the majority of plastic trash comes from disposables.


As a culture, we love the convenience of “disposable.” Use it and throw it, no muss, no fuss, no extra work… The only downside, we are destroying the planet for our convenience. You use it, and throw it – where? Where does our disposed-of plastic go? According to a new study, a lot of it goes into the stomachs of seabirds.
We have long known that plastic pollution is a severe threat to wildlife, and a common cause of death for seabirds. Scientists had estimated that nearly 30 percent of all seabirds ingested plants. But the problem is much more expansive than previously believed. The number, according to researchers from Grantham Institute at Imperial College London, is actually 90 percent.
The study was published in Proceedings of the National Academy of Sciences, and analyzed more than 50 years of research. It was discovered that the amount of plastic ingestion by seabirds has steadily increased, and is reaching alarming rates.
Plastic is not essential; it is a decision. It’s a decision we each make, every time we opt for a disposable cup, plastic shopping bag, or “individually packed food.” It is a decision we make as a society, when we continue supporting companies, products, and practices that use plastic. It is a decision we make nearly every time we make a purchase. A little inconvenience, a little higher cost… or kill wildlife and pollute the planet?
Posted by Sharla Stone